How to deal with anger | Advice for Young People | Jigsaw

How to deal with anger

How to deal with anger

Anger is a feeling we all experience. It’s an emotional state that comes with thoughts and often physical feelings as well.

Anger can usually be summed up with the expression ‘that’s not fair’. It comes with a sense of injustice. Maybe you feel you or someone else has been treated unfairly. Anger can be a great motivator, prompting us to make changes and tackle inequalities.

The past year has been challenging for many, and can cause a lot of anger. We often feel angry when we have no control over things. We can feel stressed, or under a lot of pressure.

There is nothing wrong with feeling angry. It is our response to feeling anger that can cause problems for us.

Why we feel angry

Anger can be difficult to express and manage. Particularly because a lot of us have been taught not to show it. We can be made feel guilty or ashamed about being angry, despite it being a necessary emotion.

This is unfair as well, and can further sustain feelings of anger. Until we learn how to manage it a different way, this keeps going in a circle.

We learn a lot about how to express emotions from our family. Think about the habits you may have picked up over the years. Do people close to you release anger in a healthy way?

Many of us are taught we should hold in our anger rather than express it.

What we’re told about anger

We grow up learning myths about anger that are quite unhelpful. On TV, movies and games, we see people dealing with anger in an aggressive way. They lash out, throw tantrums and get violent.

On the other extreme, many of us are taught we should hold in our anger rather than express it.

Bottling up feelings like this can be destructive. It allows people to cross a boundary without us letting them know.

How we express anger

Sometimes we express anger in ways that are confusing to the people around us.

Imagine after a bad day at work, school or college, you become irritable and take it out on people close to you. Because you feel safe with them, it’s easier to show that anger. It can feel unsafe to show your anger with friends or co-workers.

But the result is raising your voice or slamming doors at home in response to something small. People at home then think your response is unreasonable. The issue is that the anger you feel hasn’t been directed where it should be.

Exercises to manage our response to anger

In Jigsaw, when we work with a young person on their responses to anger, we ask them to think about the consequences. Let’s say, for example, you get angry and smash your phone. The result: you have a broken phone and the thing making you angry probably hasn’t changed.

Another visualisation exercise we try is thinking of anger like a thermometer with gradients going from 1 to 10.

Imagine how you would feel at the different points. At three, four, five – maybe you have a twitchy leg, or a clenched fist. At six, seven eight, nine – imagine how hot and strong that feels. Think how difficult your response gets to manage at this stage.

It’s not wrong to be at ten out of ten anger. It’s just we have little control over our responses when we’re at that point. The aim is to catch the anger rising and keep it at four or five to stay calm. 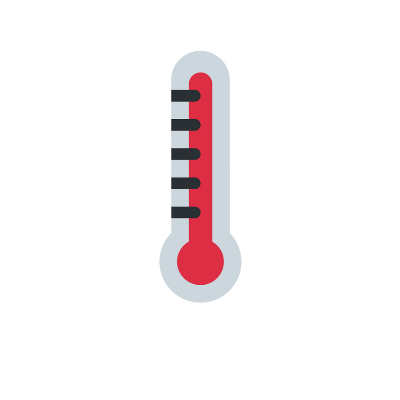 This animation was developed for us by students in the Institute of Art, Design and Technology in Dún Laoghaire, Co Dublin. It outlines ways to deal with anger.

We all feel anger at different stages. It’s a common emotion but it can be helpful to try different ways to respond to it.

You may have very valid reasons for being angry. Getting rid of it is not the aim here.

Ways to deal with anger

Remember, you may have very valid reasons for being angry. Getting rid of it is not the aim here.

The trick is to catch anger rising so we can better control how we respond. We are responsible for our reactions to things.

Family conflict can be distressing. Learn how to deal with this conflict with advice from a Jigsaw clinician.

Watch: Realising it’s not just me

When anger and anxiety started to impact on Lauren's life she decided to go to Jigsaw. Here she talks about her experience.

Assertive communication means expressing ourselves in a direct, open and honest way that is respectful of other people. It helps avoid confrontation.