Pride in Jigsaw | What we Do | Jigsaw Youth Mental Health

Alex Rowan, a member of Jigsaw Dublin City YAP, gave us his insights into Pride in Ireland and how Pride fits into our work… 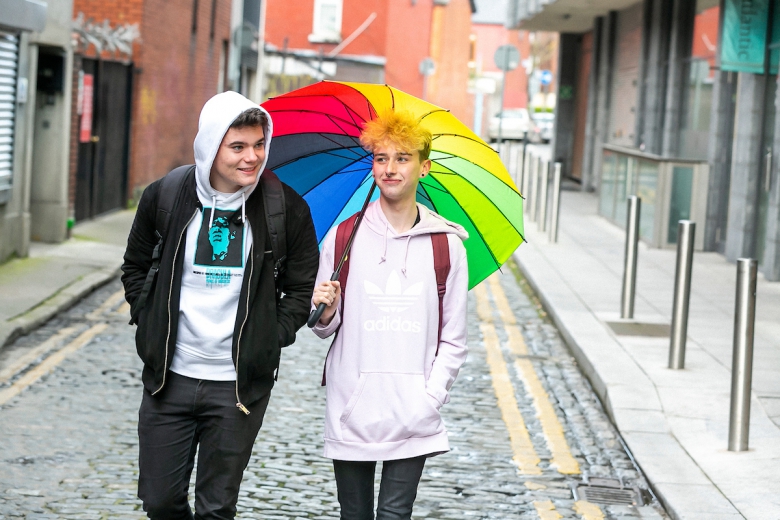 We march with Pride

We as a society, a nation and a planet take pride in everyday life. From the littlest things from parents watching their kids grow up and achieve their dreams, working hard in sports and receiving an amazing result in a test you thought you didn’t do so good in. Pride is a word synonymous with LGBT+ culture and is an event we hold so close to our hearts.

A special time of the year to protest for equality worldwide and to be proud of who we are and standing up for others that have not been treated with the respect we deserve!

It is also a time for LGBT+ people to meet others and make new relationships romantic or otherwise, strengthening our tight bond and becoming a massive happy family! It’s crazy to think how far we came over the past few decades in terms of acceptance and equality, and it is one hundred percent something to take pride in!

The importance of Pride in Ireland

The Pride Parade is a yearly event held in so many countries worldwide, but in Ireland it has quite a lot of interesting history. From the early beginnings of the 1970s there was a picnic in Merrion Square, a march of 10 people to the British Embassy organised by the Department of Justice on Stephens Green to overthrow a law that was criminalising homosexuality.

The first ever large LGBT+ march was in Dublin 1983 in response to the release of the murderers of a gay man called Declan Flynn which was followed by the first ever Dublin Pride Parade that year. Since then we have certainly developed! During Dublin’s Pride Parade 2018 over 60,000 people attended, a figure to be proud of!

The Pride Parade is an important date for so many LGBT+ people and it is inspiring so many of us to stand up for LGBT rights and acceptance and making the country a whole lot more inclusive, and there ain’t nothing wrong with that!

This year’s Pride Parade marks personally my third Pride and ever since my first I was absolutely amazed by everyone’s spirit and energy, a feeling of family even though I did not know many people before. It’s a day I look forward to every year since my first.

It’s so important for us, a charity promoting positive mental health to march in the Pride Parade. At Jigsaw, we are all about bringing people together and encouraging people to speak up and to spread positivity wherever we can. It’s so important for young people who may or not be discovering themselves to have a place to come in, sit down and talk about how they have been feeling and to bring peace to their mind. My role in the charity is being a part of the Youth Advisory Panel in Jigsaw Dublin City.

I sit with an incredibly dedicated and enthusiastic group of young people to represent Jigsaw within our community and to work with the staff to make the service as young person friendly as we can. I, a young person that works with Jigsaw, I have seen the passion and dedication from the staff for spreading the message of helping young people deal with any problems they face.

We march in the Parade to support all members of the LGBT community, to promote inclusivity and to spread the word of our charity. To help a person cope with their mental health means a big deal to all of us at Jigsaw, and to hopefully let young people know who haven’t heard of us to discover a place of happiness and support.

From everyone from Jigsaw, we wish you all a happy and safe Pride and to continue being proud of who you are. Love always wins! 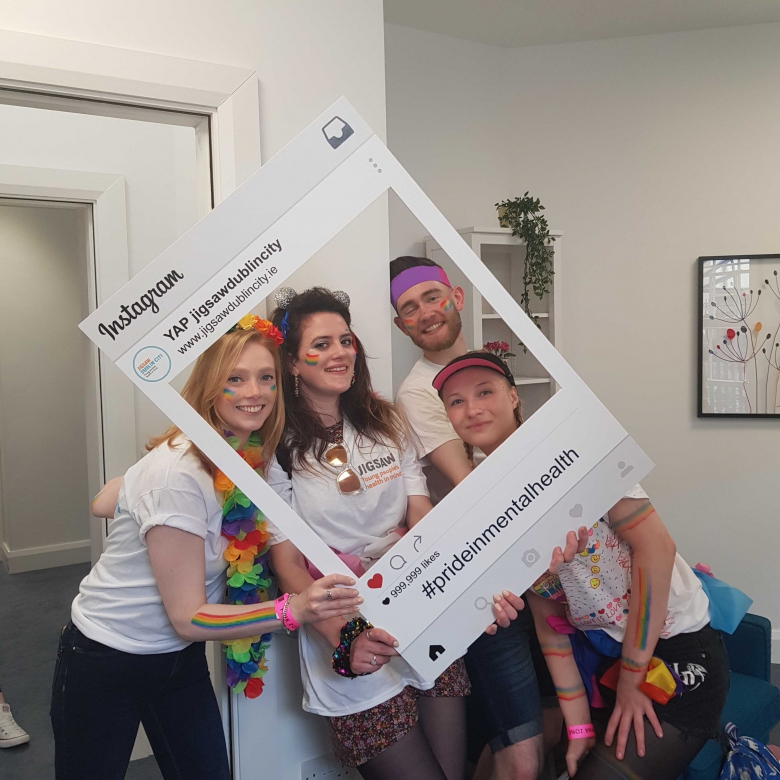 My first Pride with Jigsaw

We asked Victoria, a member of our Dublin 15 Youth Advisory Panel (YAP) to reflect on marching in Pride alongside Jigsaw this year.  I have been atte